Since the early 2010s we’ve been lucky enough to find ourselves in the golden age of antivirals. Highly potent and effective medications for the management of infectious diseases like Hepatitis C and HIV have revolutionized care and made treatments significantly more tolerable for patients. With the rapid evolution of newer classes of medications, most patients with Hepatitis C now have close to a 100% chance of clearing the virus and living free of cumbersome treatments and chronic disease; assuming, of course, that they can foot the bill.

The first medications to usher us into the new era in the fight against Hepatitis C were drugs like Boceprevir and Simeprevir . Members of a class called Direct Acting Antivirals (DAAs), these drugs were the first generation of antivirals to come to market and were specifically designed to target components of the Hepatitis C Virus. First approved for use in the summer of 2011, DAAs are effective medications that attach to and inhibit proteins and enzymes used by Hepatitis C Virus as cell cycle machinery. Without the use of viral proteins like NS5A, NS5B, and NS3/4A, Hepatitis C viral replication and assembly are effectively halted, preventing the virus from causing long-term damage to the liver and immune system.

Fortunately, the newest of the DAAs have also pushed out older antiviral medicines like Ribavirin and injectable Pegylated-Interferon (known as the product Pegasys) that were the mainstay of treatment prior to their availability. Because these medications affected the whole immune system, their use was associated with numerous intolerable side effects; chronic fatigue, fever, muscle pains, mood swings, anxiety, and depression limited their use and often resulted in patients stopping therapy early. With antiviral regimens lasting upwards of 6 to 12 months, it’s no surprise that treatment failures were common.

The great news for patients and healthcare providers is that newer therapies are extremely easy to tolerate and use. One pill once a day with next to no side effects means patients are more likely to finish treatment and less likely to suffer from long term effects of chronic hepatitis like liver damage, organ failure, and cancer.

Despite these advances, the first generations of DAAs were still not able to 100% eradicate Hepatitis C in all patients and were only effective against a few genotypes of Hepatitis C Virus. Since the virus can present as 7 different genotypes with more than 50 subtypes, treatment strategy development has been complicated by its large genetic diversity and rapid viral mutation. Subsequent development of later generation DAAs, such as Paritaprevir in 2014 and Daclatasvir in 2015, resulted in broader genotype activity and a higher barrier to resistance, more effectively preventing the virus from mutating and evading treatments.

Most recently, the approval of Epclusa, a revolutionary new antiviral medication, provides hope for the eventual eradication of Hepatitis C. In a first for Hepatitis C treatments, it promises to clear infections in 99% of treated patients and across all genotypes of the virus. Approved by the Food and Drug Administration in June 2016, Epclusa is a fixed dose combination product composed of Sofosbuvir, an NS5A inhibitor, and Velpatasvir, an NS5B inhibitor. Prior to the availability of Epclusa, patients with pre-existing liver damage or those unlucky enough to become infected with the hard-to-treat genotype 3 were stuck using interferon- and ribavirin-based therapies with lower chances of success.

Unfortunately, promises of eradication mean nothing if the medication can’t find its way into the hands of patients.

Since their development, the combination products Harvoni and Epclusa have come under intense scrutiny for their sky-high costs. According to their manufacturer, Gilead Sciences, Epclusa costs around $890 USD per pill, or $74,760 for patients undergoing a 12-week treatment. This is a small improvement over Harvoni, the company’s previous Hepatitis C drug, that’s raked in over $1000 per pill.

Patients lucky enough to live in Alberta and Saskatchewan were no doubt happy to hear that as of April 2017, their provincial governments have approved the inclusion of Epclusa on provincial formularies for all people infected with Hepatitis C. This means 100% coverage for anyone with a blood test positive for chronic Hepatitis C. Previous regulations left patients in the odd situation of hoping for worsened liver damage scores, which was the only way to ensure coverage under provincial formularies.

The prairie provinces have decided that the short term cost of clearing Hepatitis C outweighs the long-term economic burden of paying for liver transplants and treatments for hepatic cancers - but what about everyone else? For a disease that disproportionately affects injection drug users and incarcerated individuals, cost is only one of many barriers to disease eradication.

According to CATIE, more people are living with Hepatitis C than either HIV/AIDS or malaria; currently 400 million people worldwide, and an estimated 330,000 Canadians are infected. Known as a “silent killer”, Hepatitis C can take decades to cause enough damage for symptoms to develop. Canada has committed itself to the global goal of eradicating Hepatitis C by the year 2030 and with provinces taking steps to ensure accessibility this may well be a reality for many Canadians.

Update: Since the writing of this post, a new Direct-Acting Antiviral called Voxilaprevir has been approved as a fixed dose combination product with Sofosbuvir and Velpatasvir as the commercially available product Vosevi. Notably, this product is the first approved retreatment option for patients who have previously received, and failed, a regimen containing an NS5A inhibitor for treatment of chronic HCV infection. 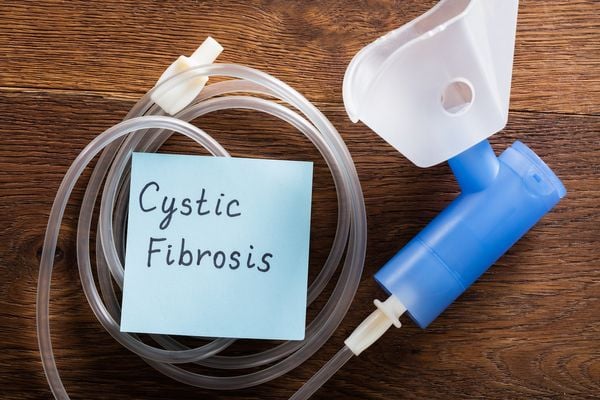 Orkambi and Kalydeco are members of a new generation of medications that are making history for people living with Cystic Fibrosis. These treatments focus on improving underlying lung function rather than simply delaying its decline...